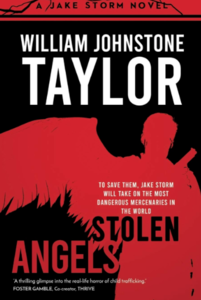 (All links are paid affiliate links.)

One of the hidden parts of our work is the danger involved. Kimberly and I have gratefully avoided any serious problems, despite the fact that we report on extremely disruptive (aka “corrective”) technologies and issues for which many have been persecuted.

Why have we been safe so far? I am sure there are many reasons, but for the first time we are publicly revealing one of the major ones — and that is our world-class security team. William J. (“Billy”) Taylor, Gail Johnson and the rest of the team at the WJT Agency have quietly and skillfully kept us out of trouble for two decades.

This same team provided security in such iconic and successful cases as Iran/Contra, Karen Silkwood, Wounded Knee, and a successful supreme court case against the Ku Klux Klan, with the renowned civil rights attorney Danny Sheehan. As a team, they never lost a case…or a client.

Taylor’s team are not Marvel superheroes or mutant avengers. They are flesh and blood human beings risking their lives to solve real human problems.

On a recent trip to some energy and healing labs that had been under threat, I told Billy I felt a little guilty about being one of the few to get to hear his stories.

“More will have the chance soon,” he said, “I’m writing some novels.”

I was stunned. This is the ultimately private person who doesn’t use three words if two will suffice.

In addition to helping Thrive and our at-risk inventors and holistic doctors, Billy’s team has been rescuing Lakota children who have been kidnapped and sold into illegal drug testing and sex trafficking rings. “It’s one of the most satisfying things we’ve ever done,” Billy told me, “To rescue stolen and abused children and return them to their parents’ arms. There is so much about this that you can’t just say in our work, so I decided a novel is the suitable way to share these stories with the world.”

Stolen Angels is the first of those accounts.

Names have been changed and timelines compressed, but as a long-time fan of good thrillers, I can assure you these novels give whole new meaning to “based on a true story!”

Enjoy an elucidating read while rewarding one of the true heroes of our time.

You can purchase Stolen Angels in paper back or Kindle at Amazon.