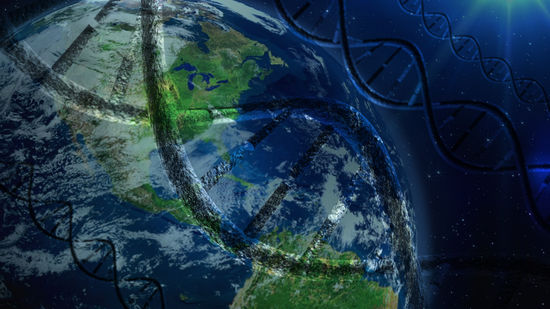 Are the risks really as dangerous as we indicate?

Over the past two decades, we have collected substantial evidence suggesting that GMO foods contribute to rising disease rates. The existential threat to nature, however, goes beyond the health impacts of a single generation. GMOs of all types and all kingdoms, food and non-food, carry unprecedented threats to the future of our planet’s ecosystem. Here is a sampling of a few historic cases that demonstrate widespread risks.

In these and countless other examples, promoters of GMOs willingly risked permanent contamination of nature’s gene pool based on their belief that the technology was predictable and safe. They were wrong. The same misplaced confidence accompanied the introduction of gene editing. Their claims of predictability and safety were soon contradicted by numerous studies confirming the opposite.

Not only can the editing process create hundreds or thousands of mutations, rogue pieces of DNA from the lab environment can be accidentally inserted into the genome. That explains the following near catastrophes.

It is not important to prove that each of the particular cases listed above would definitely lead to altered weather patterns, vast sterile landscapes, destruction of fish species, dangerous new insects, or the spread of disease. Rather they serve to illustrate the principle of how tiny changes in the DNA of a single organism can have devastating and long-lasting consequences.

Now do the math. Multiply the probability of the combined risks by the number of times these experiments will be conducted. Do we multiply by ten thousand, a million, ten million? Do-it-yourself gene editing kits are sold today as holiday gifts for $159. As their costs drop and their power grows, will we see kits distributed to every child in school?

As the number of experiments grow, the likelihood of a catastrophe approaches certainty. But the ability to correct the problem—or even track its source—is far from certain.

Let us take steps now to prevent a disaster rather than learn our lesson trying to clean one up.

The Institute for Responsible Technology (IRT) pioneered consumer education about the health dangers of GMOs and Roundup. The purpose was to inspire individuals to eat healthier, and thereby collectively exert market pressure to motivate food companies to replace GMO ingredients.

The behavior-change messaging worked beautifully. In the US alone, 46% of surveyed Americans now say they are seeking non-GMO diets. The tipping point in the marketplace has been started, and major food companies are rushing to become “Non-GMO.”

Consumer food choices alone, however, will not be sufficient to stop the threat of gene-edited bacteria, fungus, algae, insects, trees, grass, etc.

A Portfolio of Solutions

There are many areas of society that can be used to address this issue.

A key success factor is to engage in mass education via media, social media, films, TV specials, curriculum in schools, and political platforms.

The threat of the replacement of nature is so all-encompassing, many different types of demographics can be engaged, including parents, religions, indigenous communities, nature enthusiasts, gardeners, birdwatchers, animal rights groups, scientists, companies in tourism, and of course the youth.

We can tap into the already vibrant and active infrastructure of activists organizations focusing on climate change, chemical pollution, biodiversity, regeneration, saving the oceans, etc. Ironically, our movement building can take advantage of the fact that more people are focusing on protecting our planet than at any time in history. They are hearing about the devastating collapse of biodiversity — the sixth great extinction, the insect and bird die-off, and how ecosystems are under unprecedented assault. People are realizing that new technologies can have devastating consequences.

If we produce powerful assets with the right messaging, we can motivate existing groups to aid our urgent education efforts through distribution. We won’t have to build a new global movement from scratch.

IRT is pulling together a dream team to pull all this together, sound the alarm, and implement solutions.

We must act now, before it’s too late. Thrive supports the work Jeffrey and his team are doing and hopes you will help spread the message, if you feel called to do so. To get involved in the efforts being made, please use the contacts below.

Donations can be made at www.ResponsibleTechnology.org