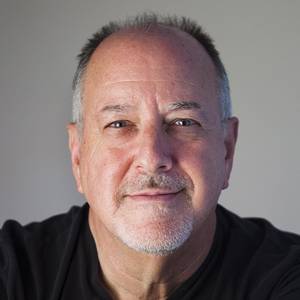 Gary Malkin is the extraordinary, Emmy Award-winning composer that we chose for the daunting task of creating an original score for the THRIVE documentary. His efforts, along with Dan Alvarez, were acknowledged as “Best Soundtrack for Independent Feature Documentary” at the 2013 Hollywood Music in Media Awards. One of the highlights of my artistic career was getting to assist in the studio with Gary on the score and title theme song for THRIVE.

Malkin is a rare combination of elite level musician, composer, producer and performer as well as highly-regarded for his capacity to speak about how music and sound strategies could provide catalysts for healing, awakening and shifting consciousness so that we can become more peaceful, present, and compassionate throughout the transitions of our lives.

In addition to musically supporting the transformative work of spiritual teacher Miranda Macpherson in her upcoming Rythmia workshop, Gary will also be presenting an informal participatory musical gathering at the eco-resort where he will share new ways to utilize the power of chant for personal alignment, modalities for opening the heart during challenging times, as well as offering a preview of his new work for “wholehearted mindfulness” featuring the innovative “Divine Nine” tuning system, newly emerging out of Europe. It promises to be an unforgettable immersion into how music can radically bring us into the present moment, connected to ourselves, each other and to Source itself.

Here’s a sample from his globally acclaimed listening resource, Graceful Passages, which has been used the world over as a potent support tool to traverse loss, awakening a radical gratitude for life’s preciousness so we can remember what matters most:

From Graceful Passages: A Companion for Living and Dying
Produced by Gary Malkin and Michael Stillwater
Music by Gary Malkin
Wisdom of the World in association with New World Library

Here’s one of his WisdomFilms, his new contemplative film genre designed to transmit coherence and alignment to those seeking ways to experience the early benefits of a meditation practice, but haven’t yet been able to ground themselves into a daily ritual.

WisdomFilms: Media for Human Being
Produced by Gary Malkin
Cinematography by David Fortney
Produced for Wisdom of the World in association with Beyond Word Publishing

And here’s a clip of Gary receiving the best soundtrack award for THRIVE:

Come to Rythmia if you can to experience Gary and Miranda. If you can’t join us this time, I recommend you go to his website and check out his SoundCloud profile to access the pleasure and deep spiritual impact of his musical gifts.